Or, perhaps, I should qualify this statement somewhat. A rumour is still doing the rounds that here and there you can get a fresh whiff of traces of these albeit special elephants, in the sea, among other places. We will only be able to see what the real impact of the Olympic Games has been on the MICE industry a few years down the line, and that's what I want to talk about in this blog.

We're all familiar with the story of the kings of Siam. The story of the wily kings who would gift a White Elephant to courtiers with whom they were displeased. Since the cost of keeping a white elephant was extremely high, the sole intention of the gift was to bring about the courtier's ruin. What at first sight looks like a gift – one that can't be refused – would eventually turn into a nightmare because of the inordinate costs.

A couple of these White Elephants were doing the rounds in Athens and surfaced immediately after the Olympic Games. That is a proven fact. They had already been spotted on the beach volleyball pitch, enthusiastically tossing up a ball between the weeds and the dust. Some of these poor wretches even occasionally dirty their copybook in the mud of the Olympic swimming facilities. And then there are the boozers, who've been sitting waiting for years with a dry trunk at the bar of the mega restaurant at the kayaking facilities, a restaurant that was only used for one (1) hour, so a whole 60 minutes. If my grandmother had been alive she would have boxed their elephant ears.

During my master class at the Belgian embassy in Tokyo a few months ago (topic: ‘the impact of the Olympic Games on the meeting industry’), the phrase I kept returning to was: “Don’t take it for granted and make a master plan! Our MICE industry can get a fantastic kick from this type of mega event, but count out the 17 days of the Olympic Games themselves. Start at least 4 years ahead and try to generate effects up to at least 10 years after the event”. That was the simple core of my message.

And there are examples of best practice to point to, Barcelona being an excellent one. The meeting industry got an enormous boost from the Olympic Games, and even though the Games were held way back in 1992, the Catalans are still feeling their impact! Sydney is also a good example of having a strong strategy, followed hot on its heels by London.

So, I was delighted during my session in Tokyo in April to have many of my fellow Japanese MICE specialists in the audience. I've got a good feeling about Tokyo. I have been invited back to Tokyo in October on the occasion of the state visit of our King and will continue to repeat the same message, after which I will take a graceful bow, as deep as I can (in fact, I would like to bow deeper, but I've got a bad back, I will have to add for safety reasons, following which a polite titter will go round the room…I know what those Japanese are like).

Until next month! Jan

Blog 6. We've all got the odd screw loose somewhere
Blog 5 A feather in Lyon's cap 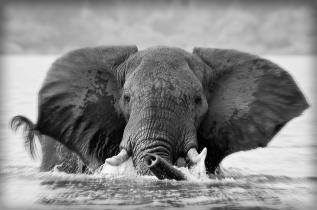 My first time doing this blog.

And I'm not at all nervous. That's because I get to put my passion into words: the ever-fascinating world of MICE. Read more 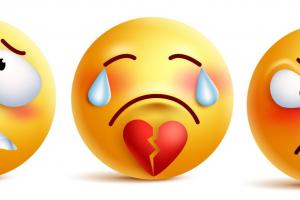 Blog 21. The youth of today

I recently read the following claim about young people: "Young people are unable to see the consequences of their actions — they always choose what benefits them in the short term. They are fickle, and sometimes, they are simply reckless." Read more

are essential cookies that ensure that the website functions properly and that your preferences (e.g. language, region) are saved.

allow us to analyse website use and to improve the visitor"s experience.

allow us to personalise your experience and to send you relevant content and offers, on this website and other websites.